How to deal with failure

Find out, why it is more important to be in competition with yourself instead of comparing yourself to others. 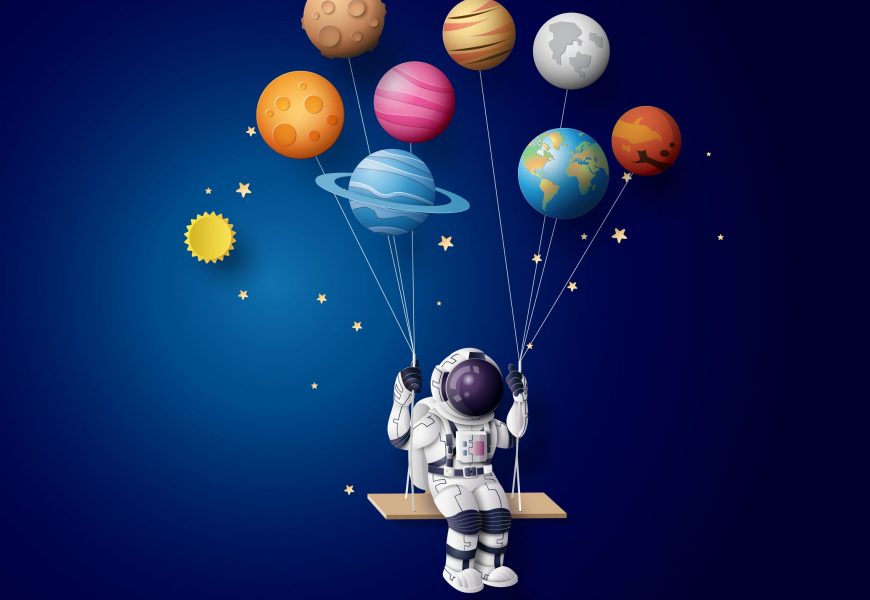 The door wasn’t even closed before he opened it again. My girlfriend’s little brother was just about to go home after an evening full of kebab, sugary drinks and Super Mario Kart. Before it fell in the lock he popped his head back trough the door and looked at me. “You know what you should write about?“, he asked. “How to deal with failure. Because this is what’s going on in my life right now.“ Although he’s my girlfriend’s little brother I bet he could break me in half with just his bare hands. He’s about 20 cm (8 in) taller than me and a mountain of muscles. He’s someone you wouldn’t want to mess with. But he is also the most kindest person I know. And I can empathize with him – a lot.

A couple of days ago he has gotten the results back from his math test. Unfortunately, he failed. Like me 15 years ago he’s studying mechanical engineering. It’s a study notorious for it’s high failure rate. The reason for this is because it’s composed mostly of mathematics and physics. It’s tough af. Back in uni we joked about how our university was all about luring students into coming to study with them. We were convinced they only do this to snatched a big portion of the state’s subsidy just to kick most of us out by the end of the 3rd semester. The welcome phrase at the first day was notorious:

Ladies and gentlemen, please take a good look at the person to your left, and your right. At the end of your study both might be gone. We wish you all the best.

We started out with 120 students in my year – relatively few – and finished four years later with just about 40. They were actually serious about it. It felt like surviving war: going from battle ground to battle ground, leaving dear comrades behind that didn’t make it. Back in high school I sucked big time in mathematics. I could have done better if I would have just studied a bit harder. But I had other priorities back then. Anyhow, I must have been absolutely off my mind to engage in a science-oriented technical study. What the hell was I even thinking?!

The internet is full of quotes about how quickly one should fail, learn from it and appreciate failure. But you know what: failure sucks. When your girlfriend dumps you with the words ‘It’s not you, it’s me,’ just to move in with Greg from accounting three weeks later – the same Greg by the way she told you for years not to worry about – the suck-it-up and learn-from-it-talk will not make it any better. Well, and if a stupid internet meme is all what it takes to get you over her, then she was probably right for dumping you anyway.

However, the rational part of our brain can perfectly make sense of the situation but the emotional part chooses how you feel about it. When you give it a thought, failure is actually just some sort of feedback. You anticipate a certain outcome that did not meet your expectation. This can lead to frustration (which can be a great source of motivation by the way). The reason we feel this way and why we give a f#&k is because it is something close to our values. If you feel crushed, it’s because you care a lot. And the reason you care is because it has great personal importance to you. Someone else may react completely different depending on her personal values and the experiences she has made in her live that formed her values.

Experiencing failure can bring you closer to each other

What really frustrated me back in uni was when my friends had better results than I. And by better results I mean: They passed, and I didn’t. They cracked open a beer and celebrated in the local pub. I by the way would not just have to go through all of this yet again, now I was also one step closer to a live of serving happy meals. Don’t get me wrong – happy meals are awesome and I had amazing friends in uni. Like in the actual military the extreme experiences of basically studying the greek alphabet (we ran out of roman letters pretty early in algebra and analysis) left us to form a very strong bond – a bond that we have until today. Everyone was there for each other. We helped and supported us. That’s the second big take away of my time in uni – forming really strong bonds. The other thing is that I learnt to take responsibility for my future, and to be dedicated. 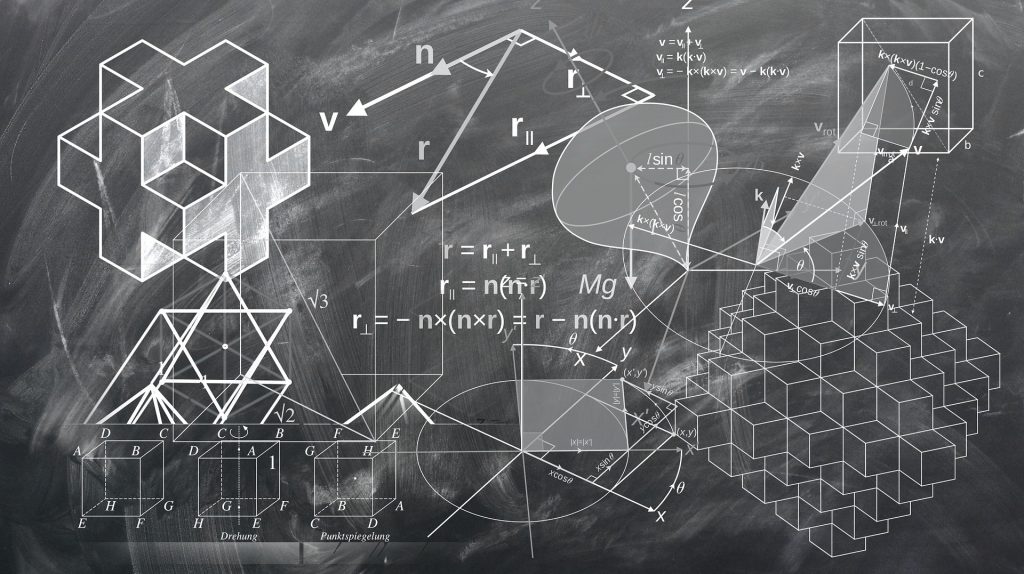 Under the circumstances of negative experience it is very easy to start with the negative self talk. When your mind starts spinning in circles and you start comparing yourself to others this is when you hit the downwards spiral. Not just at uni. Everywhere. Social media is full of attention-seekers and self-promoters that spend countless of hours creating nothing but a mirage. What you don’t see is that it took a professional photographer and photoshop artist hours to make that casual looking picture. ‘Look at my perfect live!’, or ‘Look at my beautiful home!’ and ‘Here, take a look at my bum!’ What is it with all the butt pictures on Instagram anyway?

It’s an industry that is actually fueled by negative feelings. And so you go on and buy the products they promote to make yourself feel better about your own live – a live that’s unique and beautiful. But by comparing yourself to others you forget all that and chase a diversion.

Be in competition with yourself rather than others

Benchmarking has been very sexy among companies. They would compare themselves to their competition. But what does it actually tell them? To refer to Horst Schulze: The others might do it wrong so you end up comparing yourself to an awful lot. Same with your personal live. Instead of comparing yourself to your neighbor, friend or that girl on Instagram that always looks sooo skinny maybe start comparing yourself with yourself. If you want to pursue your own personal goal in life then you should always start measuring yourself against your values, live up to them and be a petter person.

How not to deal with failure

A friend asked me the other day why I haven’t just considered changing my study subject at some point. I told her that this was out of question for me. I considered it a personal failure, and this was not an option. My biggest fear was the fear about myself. The fear of admitting I haven’t tried hard enough. The fear of looking into the mirror and telling myself it was that one weekend when I went out with friends rather than staying in and studying my ass off. The stubbornness that resulted from it was the reason I spent every waking hour studying. It was what pushed me. But it’s also the stubbornness that’s hinders me sometimes today to ask for help when things get too tough.

Many people start numbing their pain with diversions. Alcohol and drugs are famous for it, but it can be everything that becomes excessive – like spending all your money on stuff you don’t need. Everything really that gives you a dopamine kick and makes you feel better can create addictive behavior.  The problem is, diversion delay that feeling and make it even worse. Now you are not only just single or have failed your exam, you’re also broke and have an addiction. Congratulations, and good luck sorting it out again. Sure, thats pretty drastic but I bet every one of us has been in situations where numbing the pain was all what we wanted.

Nothing fun in live is free.

Everything that’s worth pursuing comes at a cost. You won’t find those things laying on the street waiting for you to come along. You have to earn it and that requires being uncomfortable and dealing with your emotions. Want to have that sexy six-pack? Then maybe stop drinking one ever day and start getting sweaty on the treadmill my friend. Oh, that’s too tough for you? Well, then stop dreaming couch potato because also that comes at a cost – the cost of getting uncomfortable at the gym, being sweaty and dealing with sore muscles.

When you are growing up everything upsets you. That’s the reason why kids kick and scream all the time when they can’t get what they want. Yes, you have been exactly that annoying too when you were little. You grow up and mature which basically means dealing with your own emotions. You learn empathy or at least that your mom’s shouting at you for hitting your little brother with a stick is worse than him taking the last piece of cake. That’s the same maturing process between your emotional and rational side of your brain that lets you take responsibility for what’s happening in your life. No matter if you like it or not that Samantha dumped you and is now moving in with stupid Greg from accounting, you own how you deal with it.

After receiving the crushing results of the exam I could have just felt miserable about myself. ‘Poor Christian, it was way too hard. Who needs this stuff anyway?! Stupid professor.’ Don’t get me wrong, I certainly did say that to myself. But at one point I realized it doesn‘t bring me any further. To refer to Horst Schulze again, he correctly said in his book Excellence Wins: “There is no beauty in excuse. No forward motion results from it.“ (go check it out in our Bookclub)

Nor is blaming others. Everyone of us knew that one person back in the sports team – the one who always found excuses for their poor performance. It always was someones else’s fault. But when the team won then because of them. The truth is: Failure is part of a maturing process. That’s the reason why participation trophies don’t work. If your parents invested great amount of time for you not having to deal with bad emotions and always told you how special you are, chances are pretty high you are today what is generally referred to as an asshole.

The best way to deal with failure is what Mark Manson called the ‘do something principle’ in his book ‘The Subtle Art of Not Giving a Fuck’ (yes, it’s it in the Bookclub, too):

„Do something. Start Simple. Make it a goal. […] That’s often all that’s required to get the snowball rolling, the action needed to inspire the motivation to keep going. You can become your own source of inspiration [and] motivation. […] And with simply doing something as your own metric for success – well than even failure pushes you forward.“

We would love to hear your thoughts about this post. Please take a moment to rate it and discuss with us in the comments section below – or send us a private message.

If you liked what you have read, please share this post and refer us to a friend. Subscribe to our newsletter and never miss our weekly articles again! 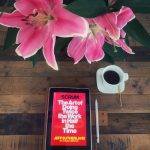 Previous Story
What the hell is Scrum
→

6 Replies to “How to deal with failure”